Ultrasound imaging uses high-frequency sound waves to produce pictures of organs and tissue inside the body. Healthcare professionals utilize it to help diagnose causes of pain, swelling and infection in the body’s internal organs. One of the most common uses of ultrasound is to view the fetus during pregnancy because unlike x-rays, ultrasound does not expose you to radiation.

Magnetic Resonance Imaging, commonly called MRI, is a NON-INVASIVE, PAINLESS PROCEDURE that produces very detailed pictures of soft body tissue and organs without using ionizing radiation, as with other diagnostic procedures such as X-ray and Computed Tomography (CT).

Using a large magnet, radio waves and complex computer and software technology, MRI scans the patient’s body and produces two or three-dimensional images of body tissues. It’s important as both a screening and diagnostic tool due to its ability to detect many cardiovascular, neurological, oncological and musculoskeletal diseases and or injuries earlier and more accurately than other modalities.

A computerized tomography (CT) scan combines a series of X-ray images taken from different angles around your body and uses computer processing to create cross-sectional images (slices) of the bones, blood vessels and soft tissues inside your body. CT scan images provide more-detailed information than plain X-rays do.

A CT scan has many uses, but it is particularly well-suited to quickly examine people who may have internal injuries from car accidents or other types of trauma. A CT scan can be used to visualize nearly all parts of the body and is used to diagnose disease or injury as well as to plan medical, surgical or radiation treatment.

Mild traumatic brain injury (mTBI) causes brain injury resulting in electrophysiologic abnormalities visible in electroencephalography (EEG) recordings. Quantitative EEG (qEEG) makes use of quantitative techniques to analyze EEG characteristics such as frequency, amplitude, coherence, power, phase, and symmetry over time independently or in combination. QEEG has been evaluated for its use in making a diagnosis of mTBI and assessing prognosis, including the likelihood of progressing to the postconcussive syndrome (PCS) phase. We review the EEG and qEEG changes of mTBI described in the literature. An attempt is made to separate the findings seen during the acute, subacute, and chronic phases after mTBI. Brief mention is also made of the neurobiological correlates of qEEG using neuroimaging techniques or in histopathology. Although the literature indicates the promise of qEEG in making a diagnosis and indicating prognosis of mTBI, further study is needed to corroborate and refine these methods.

A SPECT brain scan is a nuclear medicine study that utilizes a radiopharmaceutical agent to create images of actual brain function by identifying blood flow patterns throughout the brain. Because blood delivers oxygen and other nutrients to brain cells, it is an important measure of brain function. Too much blood flow or too little blood flow in given areas of the brain may be indicative of specific disorders or trauma.

The most common uses of SPECT Brain imaging are to help detect, diagnose or monitor:

Positron emission tomography–computed tomography (better known as PET-CT or PET/CT) is a nuclear medicine technique which combines, in a single gantry, a positron emission tomography (PET) scanner and an x-ray computed tomography (CT) scanner, to acquire sequential images from both devices in the same session, which are combined into a single superposed (co-registered) image. Thus, functional imaging obtained by PET, which depicts the spatial distribution of metabolic or biochemical activity in the body can be more precisely aligned or correlated with anatomic imaging obtained by CT scanning. Two- and three-dimensional image reconstruction may be rendered as a function of a common software and control system.

PET-CT has revolutionized medical diagnosis in many fields, by adding precision of anatomic localization to functional imaging, which was previously lacking from pure PET imaging. For example, many diagnostic imaging procedures in oncology, surgical planning, radiation therapy and cancer staging have been changing rapidly under the influence of PET-CT availability, and centers have been gradually abandoning conventional PET devices and substituting them by PET-CTs. Although the combined/hybrid device is considerably more expensive, it has the advantage of providing both functions as stand-alone examinations, being, in fact, two devices in one

PET/CT in the Diagnosis and Workup of Sarcoidosis: Focus on Atypical Manifestations | RadioGraphics 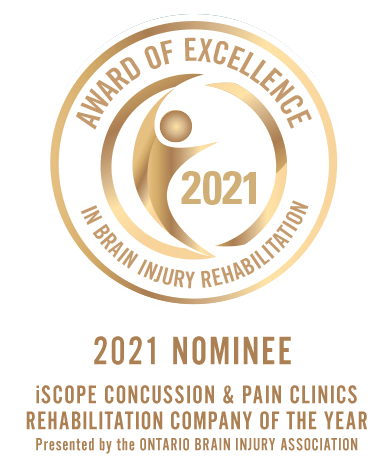 Thanks for your interest in joining the iScope team! Give us some details here and we’ll start the process.